How a love of sports made Garry Marshall a comedy legend 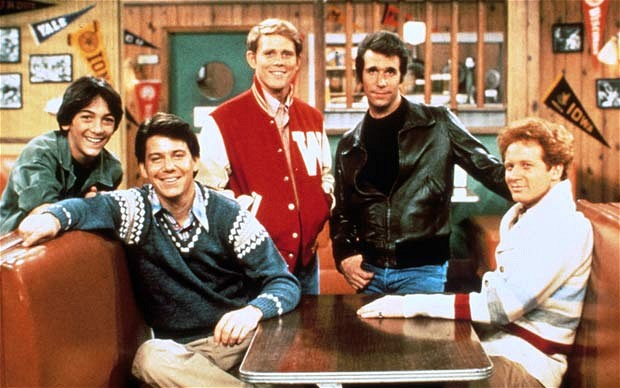 LONDON – Garry Marshall, who died Tuesday aged 81, said one of the reasons he became one of the most prolific and successful producers of TV sitcoms was because he was a sports nut.

“I’m into sports, you see, and so I approach everything from sports,” he told me. “The farm system has always fascinated me and I feel it should be applied to show business. With series, I was always putting together the farm teams that would come up and take over once the other guys moved on.” 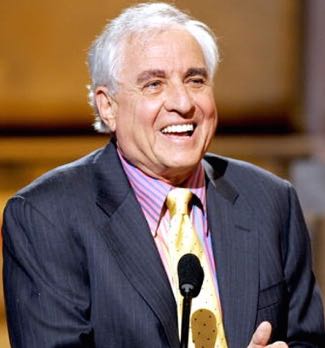 He also believed that it was important to ring the changes: “Life does not stand still and I think to do the same thing on a show for a long time is not creatively rewarding to anybody. You have to keep coming up fresh and new to sustain in this rather competitive business.”

When I interviewed Marshall (left) in 1982, he was busy with a spinoff from “Happy Days” (top picture) titled “Joanie Loves Chachi” starring Scott Baio and Erin Moran. It wasn’t unprecedented. He’d successfully spun off “Laverne & Shirley” and “Mork & Mindy” before.

That was largely because he had an aversion to pilots: “I’ve been very anti-pilot all my career. I think pilots are a waste of time. Most of my successes have come without pilots.”

With “Joanie Loves Chachi”, he did four episodes initially: “It’s to see what the reaction is, see if there’s a series there. Usually, the public will tell you and we’ll see. Everyone asks, ‘What if it doesn’t work?’ well, if it doesn’t work, they’ll go back to ‘Happy Days’.”

The show ran for just 17 episodes and they were back on “Happy Days”. But Marshall said the two leads had been happy to have their own show: “I have a policy in my organisation that nobody is made to do anything. Scott and Erin said they wanted to a show very much. People who want to something else, they have rights. I recall back in the old days, the network insisted that Henry Winkler do his own show. Henry said he didn’t want to do it so I refused to do it. There was quite a fight about it but there was no ‘Henry Winkler Show’.” 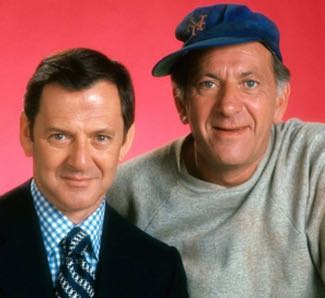 He also paid attention when his stars wanted to quit, including Tony Randall and Jack Klugman (left): “I usually try to run my shows with a certain democracy. I recall on ‘The Odd Couple’, after five years I sat down with Tony and Jack and said, ‘Well, what do you want to do?’ They said, ‘We did all that we were going to do, we both are ready to do our own shows so why don’t we pack it in?’ So we packed it in.”

Afterwards, Randall reportedly had second thoughts and Marshall said, “Sometimes you’re in a place and you’re going along pretty well and you think something’s wonderful out there but then you get out there there and it’s not quite what you thought. I think the atmosphere we created on that show, I don’t think Tony will ever find again, or Jack, or me for that matter, the kind of chemistry we had. It was a very easy show to do in the sense of making a product each week with every member interested in the product, not interested in their dressing room, what billing they get or how much money they make.”

He also was prepared to see “Happy Days” end: “My dream was to do 10 years on ‘Happy Days’ and the fact that we finally got 10 years has been very rewarding to me. I felt 10 years should be it. But again, I respect the feelings of all the people involved and after the 10th year, if it’s still there and in the ball game … I keep changing the characters and making new angles, they change jobs, change lifestyles … if people want to go on then I certainly won’t say no, I’ll go on with it. I talk like I go there every day and do every single thing. I don’t. But I do go in there and shake it up a lot so they’ll stay awake. They seem to fall into the doldrums and say, ‘Everything is fine, let’s just make the same kind of stuff, and nothing lasts like that.”

The series lasted for one more season and then Marshall took his finely honed comic sensibility to the big screen but aside from “The Flamingo Kid” (1984) and “Pretty Woman” (1990), it’s for his TV shows that Garry Marshall will be remembered.