That time with a lobster on a boat off New Brunswick 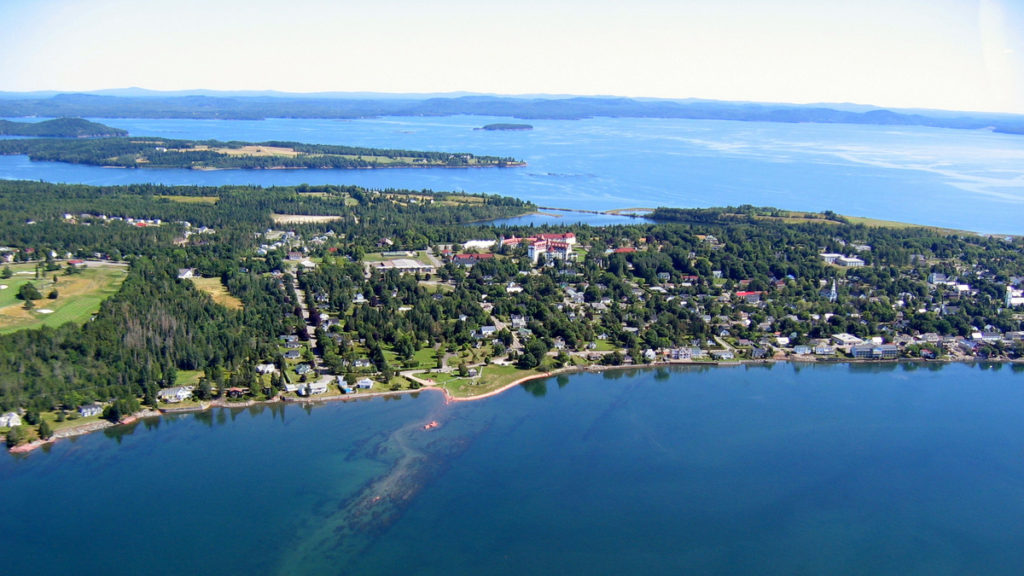 When eating a lobster, don’t break open its body on a boat in the Bay of Passamaquoddy, you may never eat lobster again.

Don’t misunderstand, the lobster in New Brunswick is as fine you’l get anywhere. There were members of our party, as we gently rode the Atlantic waters off southern New Brunswick in the the good ship Bo-peep, who devoured their lobsters with the nonchalance of a galloping gourmet.

But there were those of us who broke open the bodies of our lobsters in the Bay of Passamaquoddy. We may never eat lobster again.

There were eight of us from various Canadian newspapers taking a look at Air Canada’s Maritimes Explorer Tour, which offers a seven-day trip to Nova Scotia, Prince Edward Island and New Brunswick at 30% reductions for flight and accommodations starting after Labor Day.

The tour cannot be said to be the best way to see the Maritimes. The basic plan calls for you to arrive in Moncton, New Brunswick, on the sixth day of the tour and fly home on the seventh but there is an extension tour available although of course at extra cost.

We were given a glimpse of the extension tour and it appears to be worthwhile if only for the visit included to St. Andrews, where we took a ride on the Bo-peep.

First, though, we saw Fredericton, a sedately charming city that is the capital of the province and where just about everyone you speak to works for the government.

Fleet Street newspaper baron Lord Beaverbrook spent his youth in New Brunswick and he did Fredericton proud with his benefactions. In return, it seems that the people of the capital city have named every other building after the man.

We were there only for one afternoon and evening. There is not much nightlife – just one club. But the day we arrived, the provincial drinking age limit had been lowered to 19 and the discotheque Cosmopolitan was jumping with gregarious youngsters celebrating their first legal drink in public.

The drive from Fredericton to St. Andrews takes you past Mactequac Provincial Park on the Saint John River. Mactequac is a vast pastoral playground with hundreds of camp and trailer sites, two beach areas and facilities for just about all the sports you can name.

Heading south, you come across rivers and places with some of the most delightfully tongue-twisting names in Canada. There’s Magaguadavic Lake, Digdequash River, Oromocto, Chamcook and, finally, the Bay of Passamaquoddy. According to the New Brunswick tourism department, there is even a place in the province where the Skoodawabskooksis unites with the Skoodawabskook but this has yet to be proven.

Passamaquoddy Bay is tucked in the larger Bay of Fundy, which separates New Brunswick from Nova Scotia. Cruising along in the Bo-peep lobster board, which plies the waters for the huge Conley company in St. Andrews, is a pleasure not to be missed and tours can be arranged.

Bo-peep’s Captain, Don Hurley, is a ruddy-faced fisherman with a salty sense of humour and an endless string of coastal anecdoes. He and Conley manager George Beasley are as fine a pair of seamen you’d find to sail with. Throw in a trio of nubile and authoritative young ladies from the tourism department and a box full of cooked lobsters and life appears complete. Unless you make the mistake of breaking open the body of your lobster.

The waters of the Bay of Passamaquoddy were as still as the birds in an eclipse of the sun. The sun, far from eclipsed, was blazing down. The Bo-peep chugged gently in the background as Captain Hurley told us tales of lobsters and fish, poachers and the sea. Two of the girls had donned sun-and-eye-catching bikinis while ice-cold wine cooled the inner man.

My lobster sat on my plate. I broke open its body. I shouldn’t have done that. There is an organ deep in the body of a lobster called the tamale – in most other living things, it’s called the liver. It’s an oozing green liquid putrescence. To some people, it’s a delicacy but then some people will eat anything.

The scene that had been all bright blue sky and water and tanned bodies turned green to match the tamale. Even the wine looked green. In deference to our hospitable hosts, I tried valiantly to devour a piece of meat from a claw but the damage was done. I may never eat lobster again.

[Editor’s Note: This was the third in a series on The Maritimes written by Star staff writer Ray Bennett, who recently toured the area.]