An ‘Ishtar’ treat from Paul Williams at the ASCAP awards 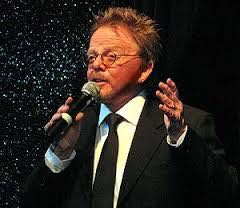 I know quite a few songwriters and one of their guilty secret favorite movies, and mine too, is the colossal flop 1987 movie “Ishtar” in which Warren Beatty and Dustin Hoffman play inanely bad songwriters caught up in Middle East intrigue.

It is hilarious if overblown and well worth watching, not least for the wonderfully wretched songs the two of them come up with. Most of them were written by Paul Williams, who also wrote some seriously good songs.

To my delight, at the ASCAP London Awards gala Wednesday night, when I told him of my affection for the film and its songs, he gave me a quick rendition of the one I like most.
It goes:

“Telling the truth can be dangerous business.
Honest and popular don’t go hand in hand.
If you admit that you can play the accordion,
No one’ll hire you in a rock ‘n’ roll band.”

Elected this year as Chairman and CEO of ASCAP, Williams performed more of his songs at the event and brought on Madeleine Bell to show how they sound in the hands of a truly great singer.